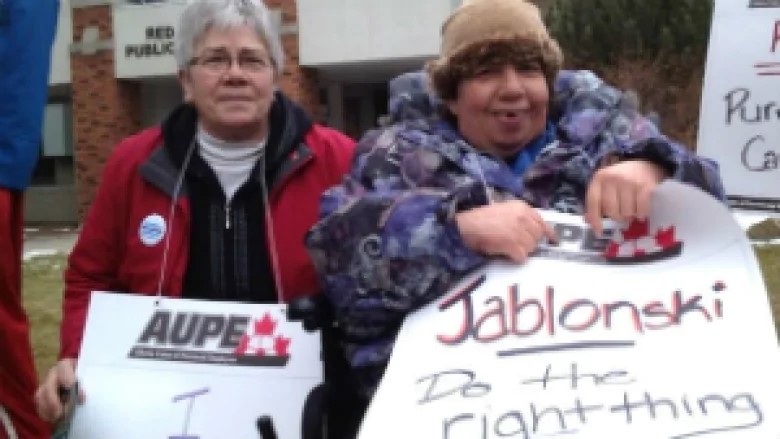 On March 11th The Alberta government announces that the Michener Centre is scheduled to shut down and have all previous residents integrated into community by Spring 2014.1 A month later, about 250 supporters of the Centre, including family members, employees, and Red Deer residents, rallied outside the Michener to protest the closure.2 Those against the closure argued that the transition out of the centre would be too difficult on residents, especially the elderly and those who had lived almost their whole lives at the Michener.3 Some supporters are also skeptical that the government is eager to save the millions of dollars that the government admitted it would be saving if the centre were to be shut down.4 However, Fred Horne, Alberta’s Minister of Health, claimed that the Government was going to spend $39,000,000 more on continuing care for people with disabilities than the previous year.5 Despite supporters of the Michener Centre, some people were strongly in support of its closure including Bruce Uditsky, CEO of AACL(now called Inclusion Alberta). Uditsky said that the people with disabilities tend to experience more growth when they are included in the greater community and gain a “sense of real home”.6