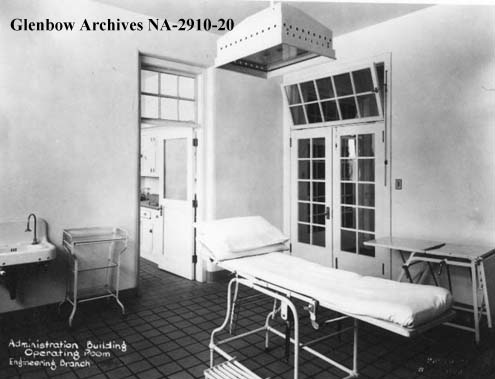 The Sexual Sterilization Act is passed in Alberta on March 21.(1) The act was intended to allow “mentally -defectives” to live amongst other citizens without imposing the threat of spreading undesirable traits.(2) A Eugenics Board was created to make decisions about who would be sterilized under the act.(3) As former board member Margaret Thompson stated, two considerations that were made when determining whether someone was to be sterilized were: “would they make a good parent?” and “Would they transfer any biological defects to their children?”(4) Although an individual’s consent was required for sterilization, this changed in 1937.(5) 2,822 people were sterilized under the act from 1928-1972.(6) Supporters of sterilization generally believed that sterilization was an effective way to either stop the spread of mental illness, have social benefits and/or have economic benefits.(7) There were also people and groups who vehemently advocated against the act, such as the Camrose United Farmers Women’s Association, who claimed that sterilization is a “violent and drastic invasion of the most elementary human rights”.(8) Other advocates against sterilization include Amos Wilton, a politically active citizen and farmer, and Leilani Muir, who was wrongly sterilized in 1957.(9)