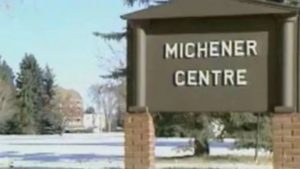 Amos Wilton, a politically active citizen and farmer, writes a letter to the Red Deer News entitled “Dealing with the Mental Deficient”. 1 2 In the letter Wilton discussed talk that had been happening amongst Alberta’s Minister of Agriculture, the United Farmers of Alberta (UFA), and other players, about sexually sterilizing people who were “mentally deficient”.3 Wilton was avidly against the pro-sterilization stance of the UFA and the United Farm Women of Alberta (UFWA).4 He claimed that the term “deficient” is a loose term merely expressing imperfection, and that all people are imperfect in some way, whether it be in their mathematical ability or spelling ability.5 Wilton did not tread lightly with his conviction, in fact, he blatantly claimed that he could “detect mental deficiency in speeches made in the Alberta Legislature and the U.F.A and U.F.W.A conventions.”6 Wilton proclaimed that he would continue to stand against sterilization with all he could, unless he could be convinced otherwise.7