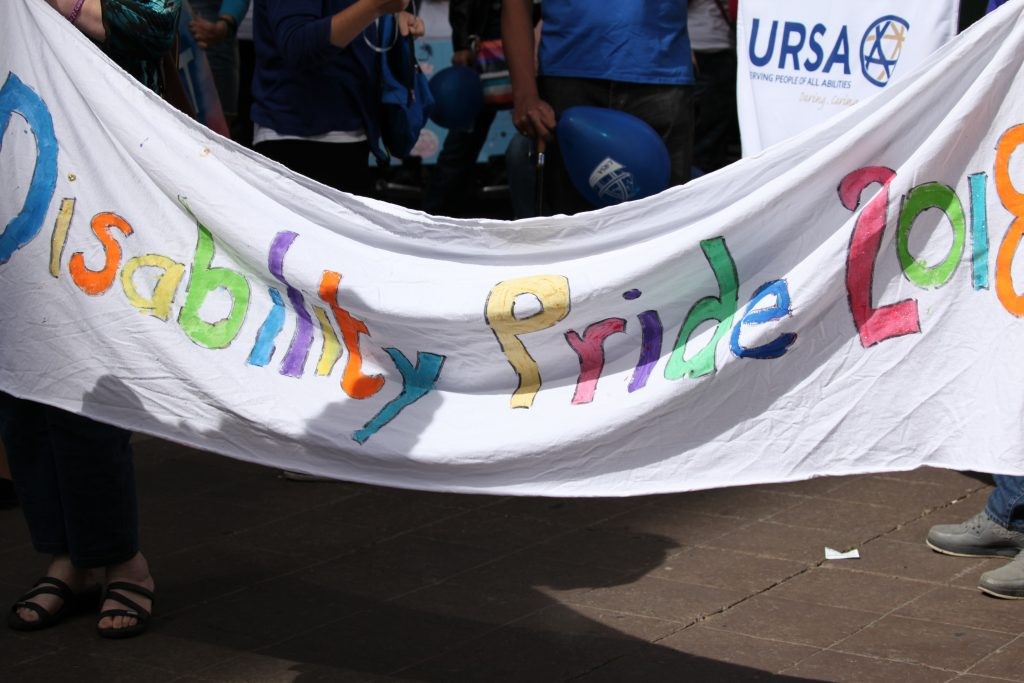 On June 3, Alberta’s first Disability Pride Parade was held in Calgary. Several disability advocates made their way through the streets of Calgary, embracing banners with slogans such as, “Sassy, proud and disabled”.1 Members of the Calgary Police, the fire department, and EMS attended the parade as well along with parade volunteers.2 One of the event partners, the Calgary Disability Action Hall, had its 20th anniversary in this year, which was also celebrated at the parade.3